A Maurer Rose begins with a mathematical rose curve, and connects points along it to form a more complex pattern. The changing of two parameters, n and d, allows for drastic changes in the emerging pattern. Traditionally used with integers, decimal values for the parameters can create their own fantastical designs. The Maurer rose geometric logic was created by Peter M. Maurer in 1987. This artwork was created using the Processing programming language and was generated in 4K resolution - 3840 x 2160.

The original digital artworks in this series, secured on the blockchain, are available for purchase at KnownOrigin. 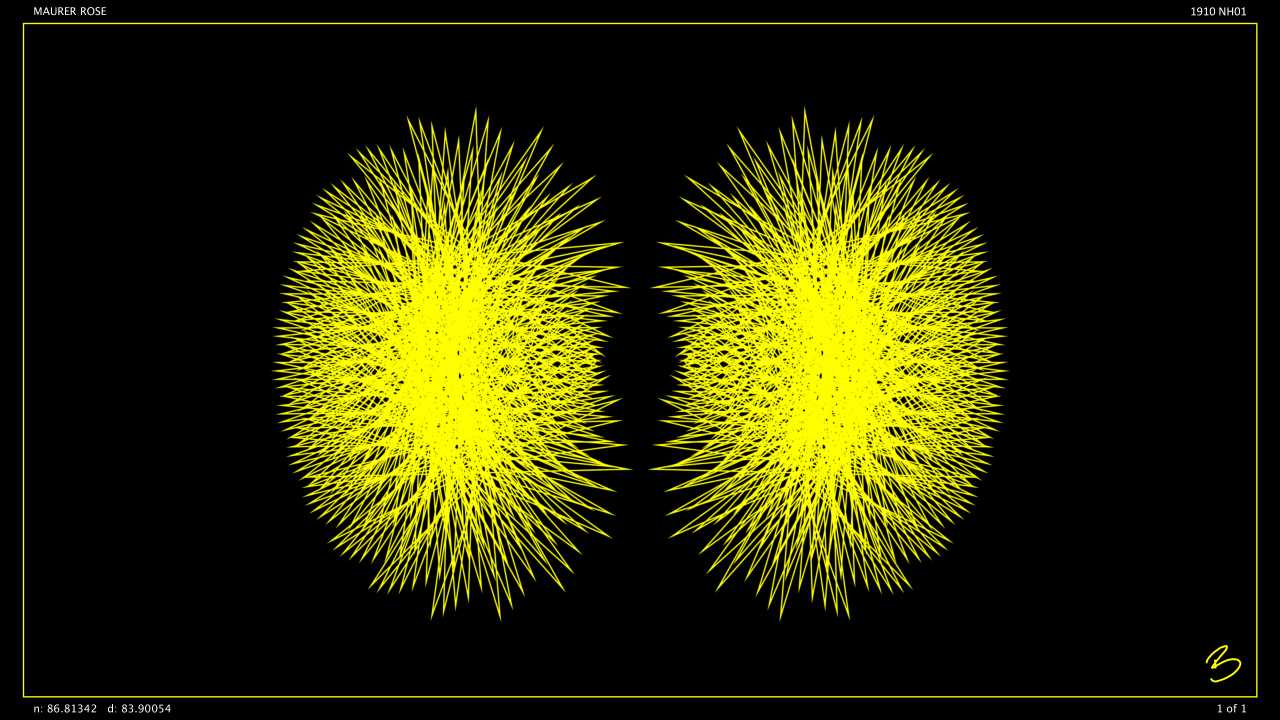 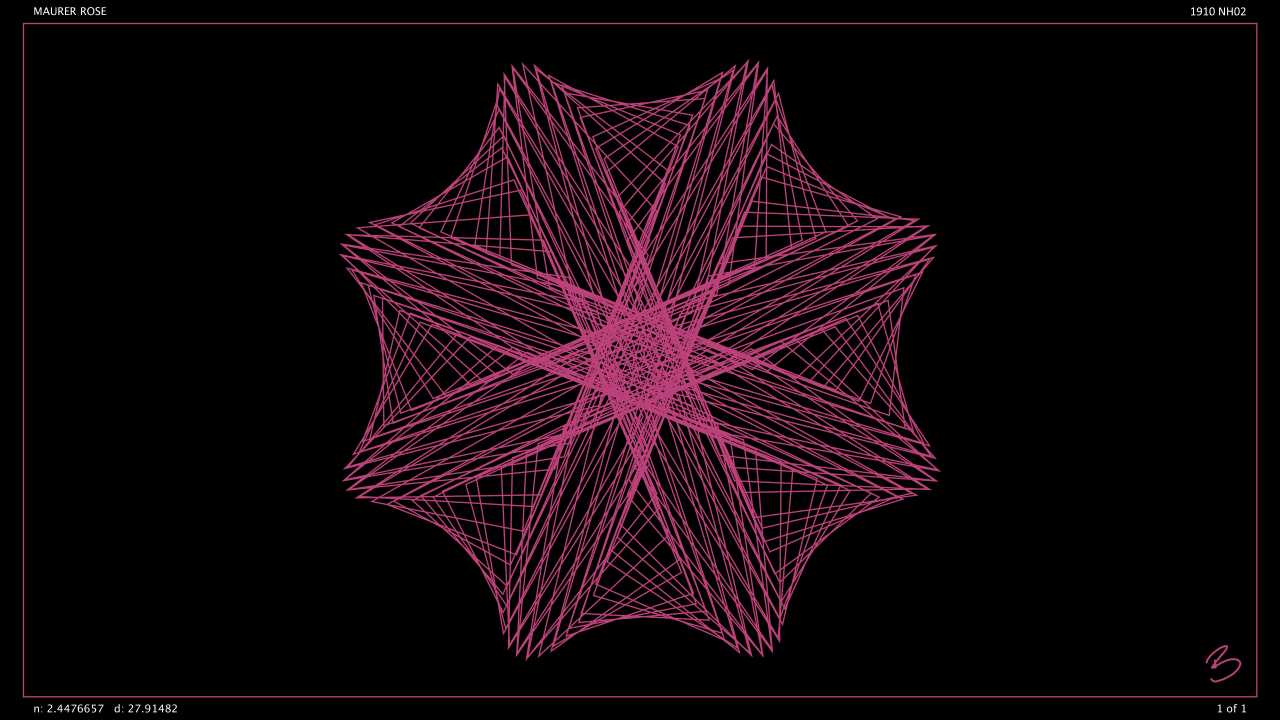 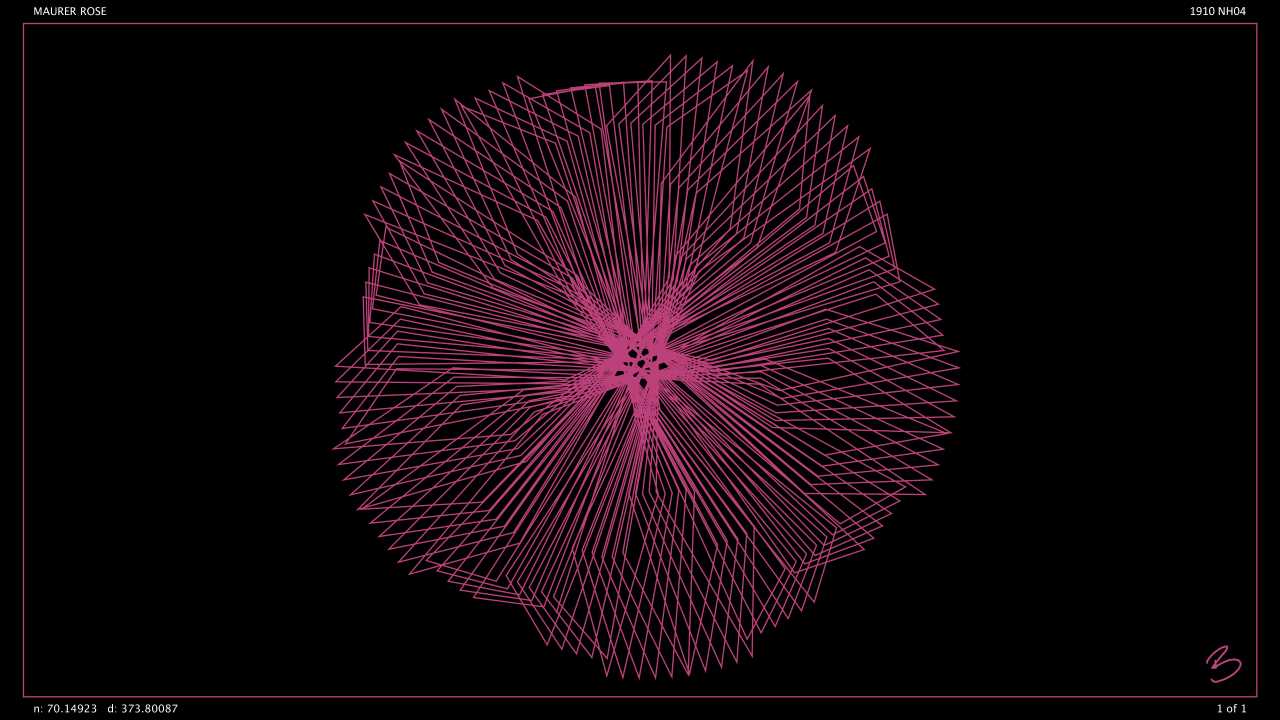 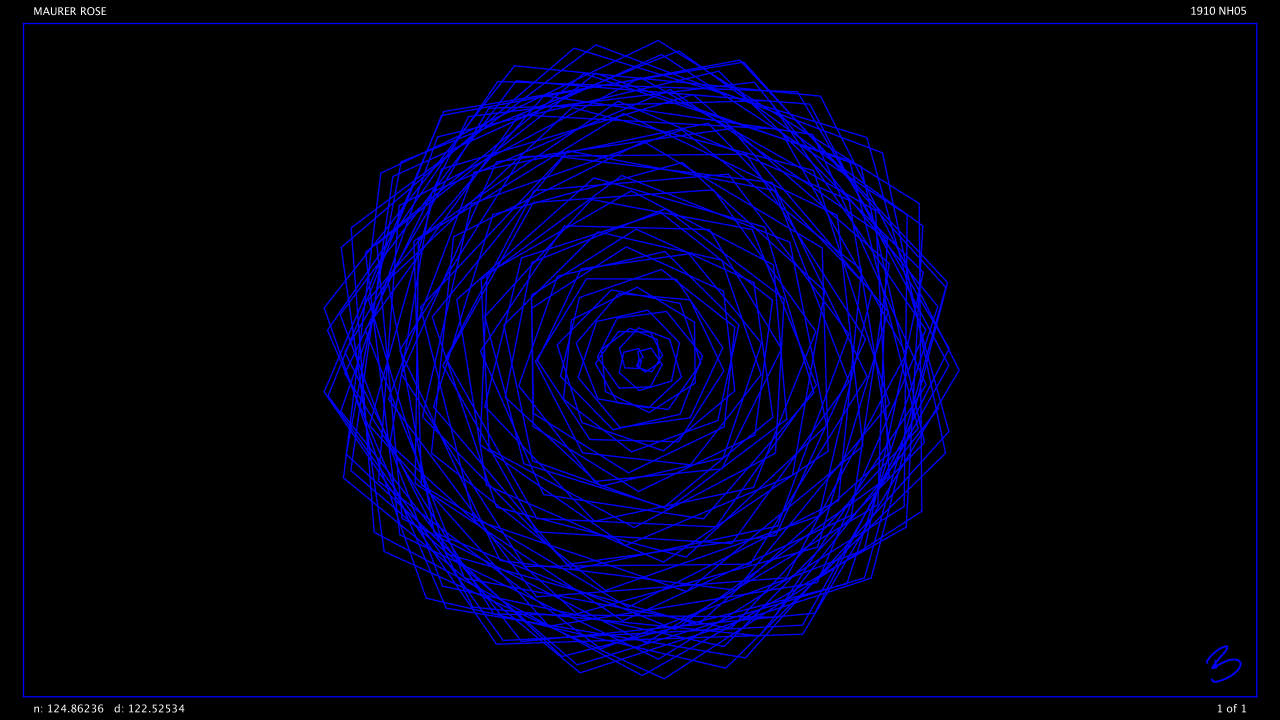 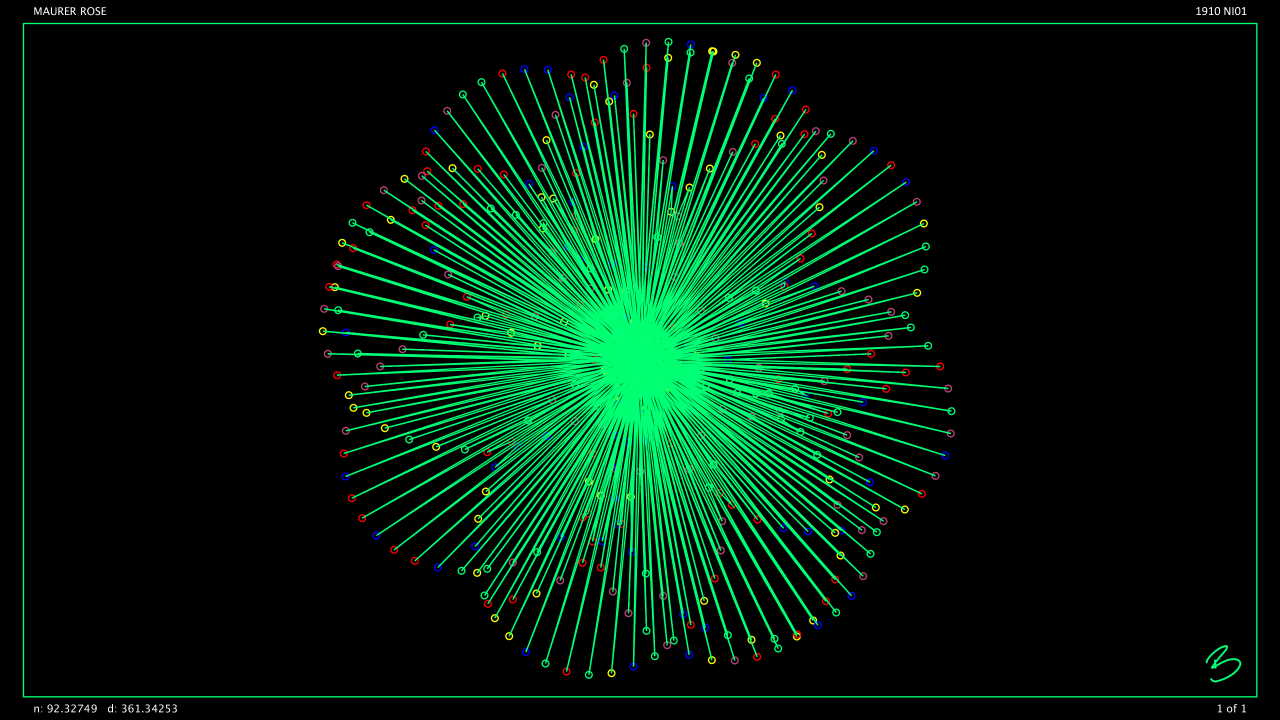 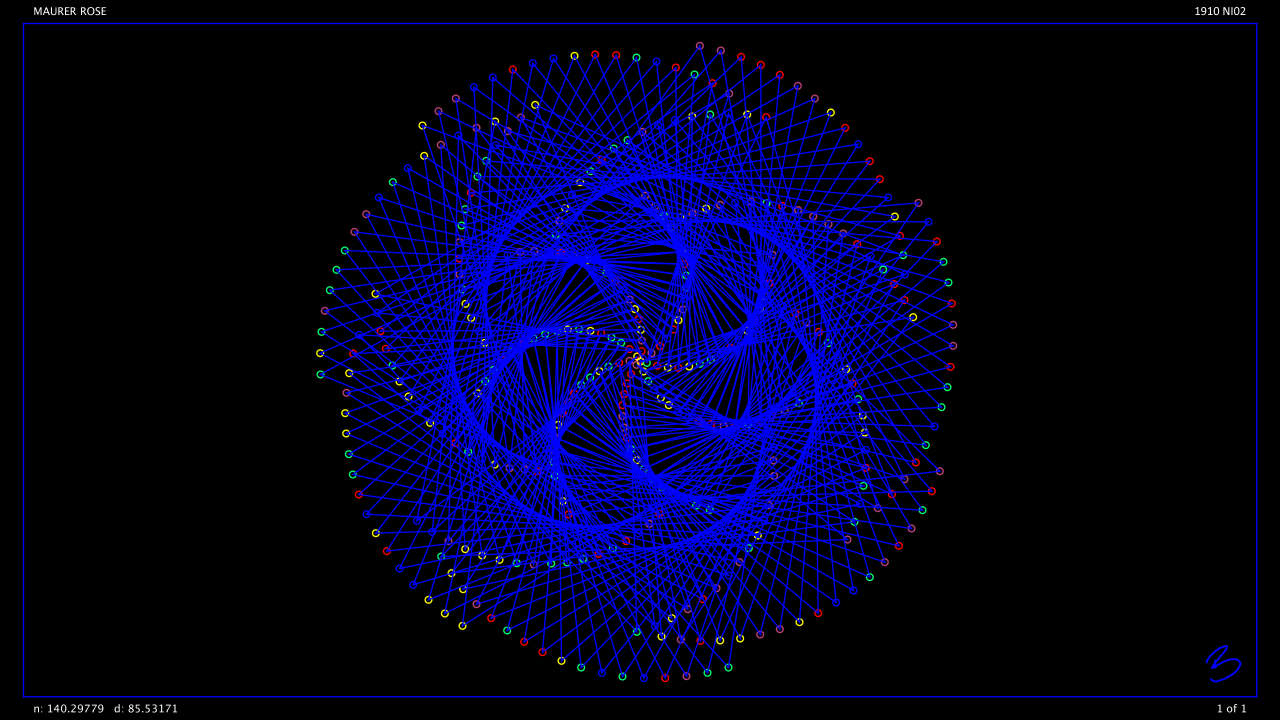 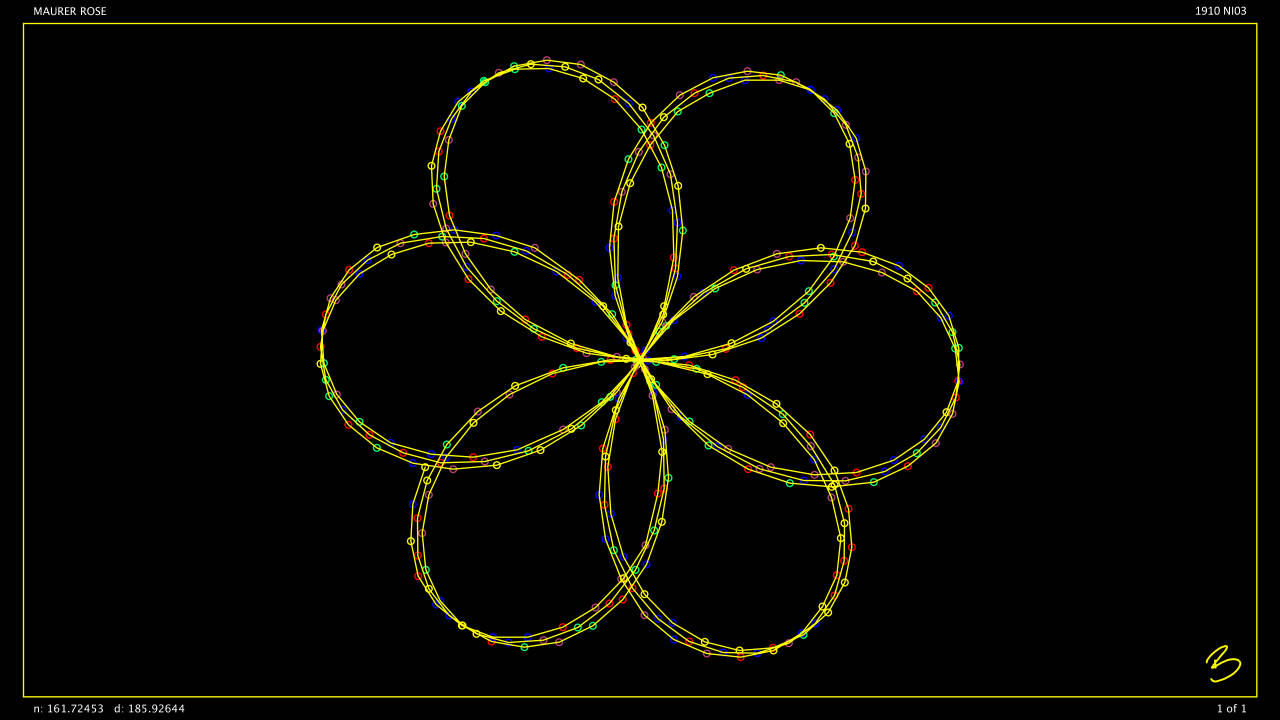 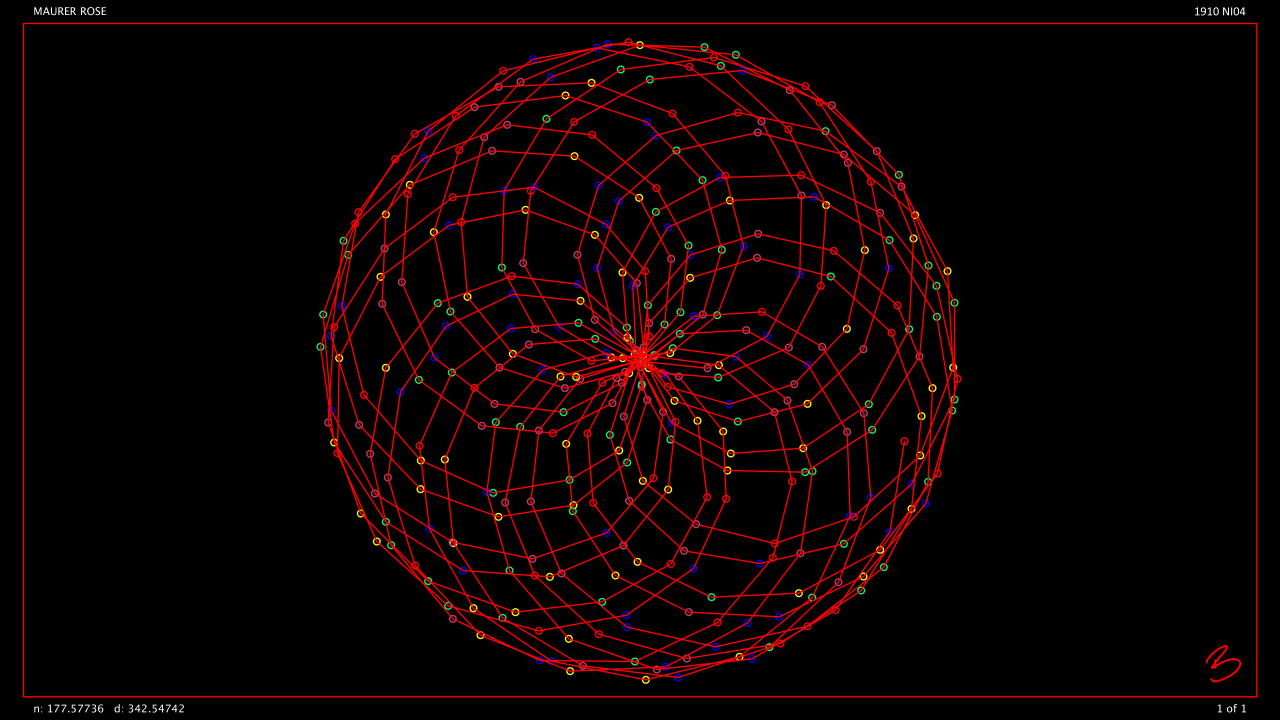 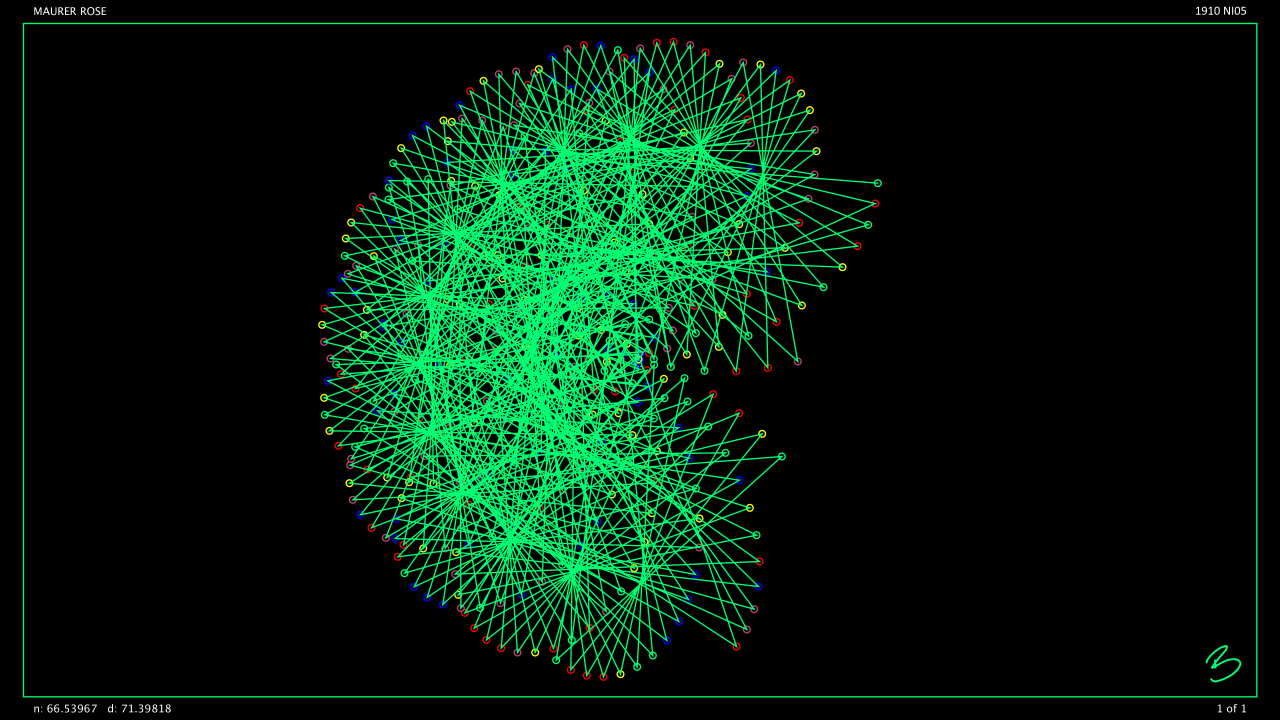